The Kingdom of Salt

The Kingdom of Salt

The hidden powers of Małopolska can be found both on the surface and underground. The only two mines in the world that have been open continuously from the Middle Ages to the present day are among the region’s greatest attractions and have attracted visitors from the times of Nicolaus Copernicus. We are, of course, talking about the salt mine in Wieliczka near Kraków and its lesser-known older sister in Bochnia. You don’t have to be a technology enthusiast to feel the enormity of the work done by generations of miners in the 36-metre high Staszic Chamber in Wieliczka, where the first documented bungee jump underground took place, or during a boat trip on the underground brine lake in Bochnia. A journey into the depths of the Earth through historic shafts and corridors is impressive at any age but is particularly unforgettable for the youngest.

It all started with brine water, which has been flowing into the ground near Kraków since the dawn of time. In 1248, while drilling one of the wells in Bochnia, rock salt deposits were discovered - the remains of a sea that dried up about 13 million years ago. Legend has it that Princess Kinga, the Hungarian wife of Prince Bolesław the Chaste, later a saint of the Catholic Church, contributed to the discovery of the “white gold” deposits. Wishing to give salt to her new Polish subjects, she allegedly threw her ring into one of the mine shafts in Hungary. The ring was found in a lump of salt near Kraków and initiated the extraction of this mineral by the Vistula River.

Late medieval Poland was built on the export of Małopolska’s salt. Essential for preserving food, especially perishable meat, it has been a means of payment for centuries, traces of which can still be found in the language of Poland (“Pensja” meaning salary). King Casimir the Great maintained the Kraków Academy (today’s Jagiellonian University) precisely thanks to the profits from the mines, which were later transformed into a mining enterprise called Kraków Saltworks. 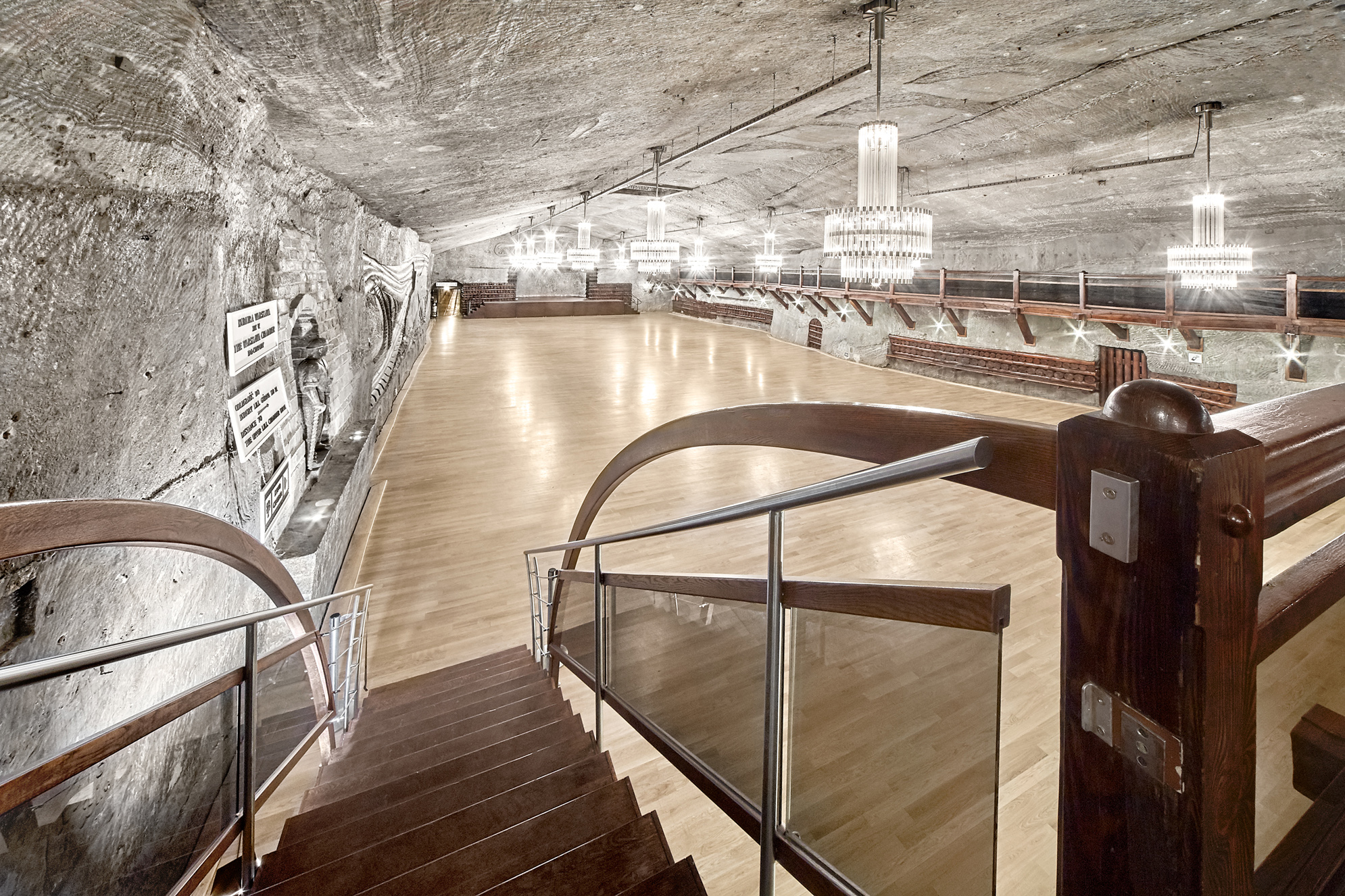 The magnitude and power of the salt mines near Kraków have been attracting tourists for hundreds of years. One of the first was Nicolaus Copernicus, who visited Wieliczka in 1493. When, 300 years later, Johann Wolfgang von Goethe came to Małopolska, he was less interested in Kraków and its monuments and more interested in the nooks and crannies of the Wieliczka adits. The industrial extraction of salt in both mines finally came to an end in the 1990s.

The part of the mine in Wieliczka open to tourists is only 2% of the 245 kilometres of salt corridors! Today, the two underground cities are one of the region’s symbols, confirmed on the UNESCO World Heritage List. The most memorable visit is to the famous St Kinga’s Chapel, whose entire furnishings, including chandeliers and impressive reliefs, are carved in salt. The Chapel, which has excellent acoustics, regularly hosts concerts, including early music performers visiting Kraków during the Misteria Paschalia Festival. Other well-known spaces in Wieliczka include the lake-filled Weimar Chamber, with an impressive staircase descent, or the Michałowice Chamber, whose ceiling is held up by an unusual wooden structure reminiscent of Gothic cathedrals or the Mines of Moria from “The Lord of the Rings”.

The new attraction of the Wieliczka Salt Mine in recent years is the Mining Trail. Wearing a helmet and a headlamp, as well as a miner’s overalls, together with a guide, you can try your hand at mining salt with a pickaxe, pulling carts with the excavated material or driving a bucket wheel. The route is particularly popular with school groups.

Wrongly overshadowed by Wieliczka, the salt mine in Bochnia is distinguished by its older origins and unique technical relics, such as an occasionally operated system of steam-powered lifts. The underground brine canal can be travelled by boat as if in Venice, and the analogous St Kinga’s Chapel and salt figures, though more modest, are equally impressive with the artistry of the sculptors-miners. In the mine chambers, among others, spinning marathons and a 12-hour underground relay race along a 2.5-kilometre loop are organised. 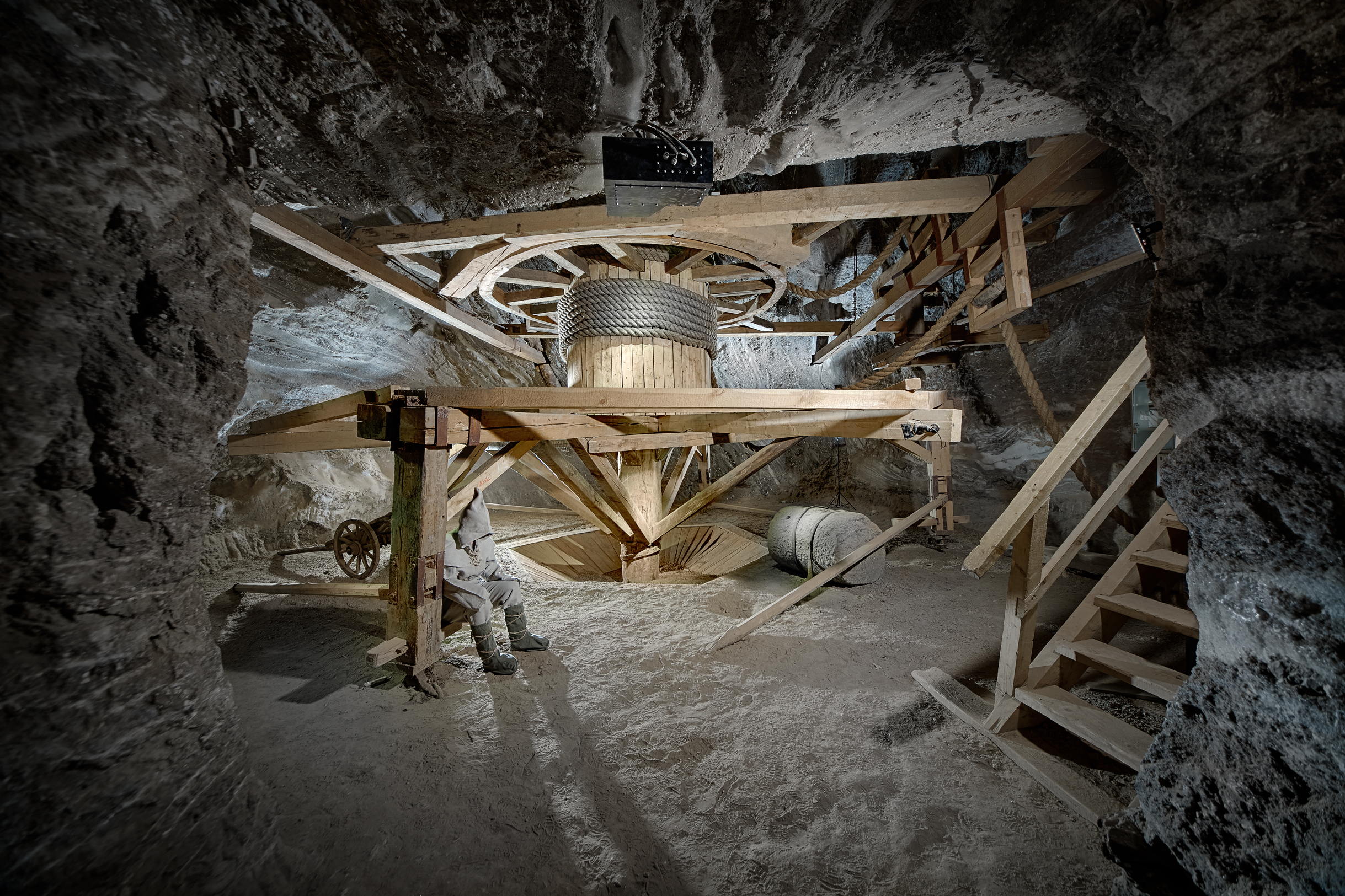 Visiting the mines is an excellent experience for children, especially if the tour is tailored to their needs. Accompanied by the Treasurer - a mysterious mine spirit from Slavic beliefs - you can visit both the mine in Bochnia (Family Tour of the Treasurer’s Kingdom) and in Wieliczka, where you can also meet Soliludki - gnomes who, centuries ago, went underground to build their subterranean land here (Solilandia). Regardless of the time of year and the weather on the surface, it is worth wearing hats, warm clothes and comfortable shoes to climb the steps - the constant temperature in the mines varies between 17 and 18 degrees Celsius.

A visit to Małopolska’s salt mines is a great history lesson and an opportunity to breathe in air highly saturated with sodium, potassium, magnesium and calcium ions, which is beneficial to health and has attracted many patients for years, in particular, those with respiratory ailments. You can read more about the microclimate of the Wieliczka Salt Mine on the website of the underground health resort.

No pictures and descriptions can convey the depth, literally and metaphorically, of the underground labyrinths in Wieliczka and Bochnia. You simply have to see it!